A squirrel is among the most photogenic animals and not for a reason, as this smiling cutie shows. 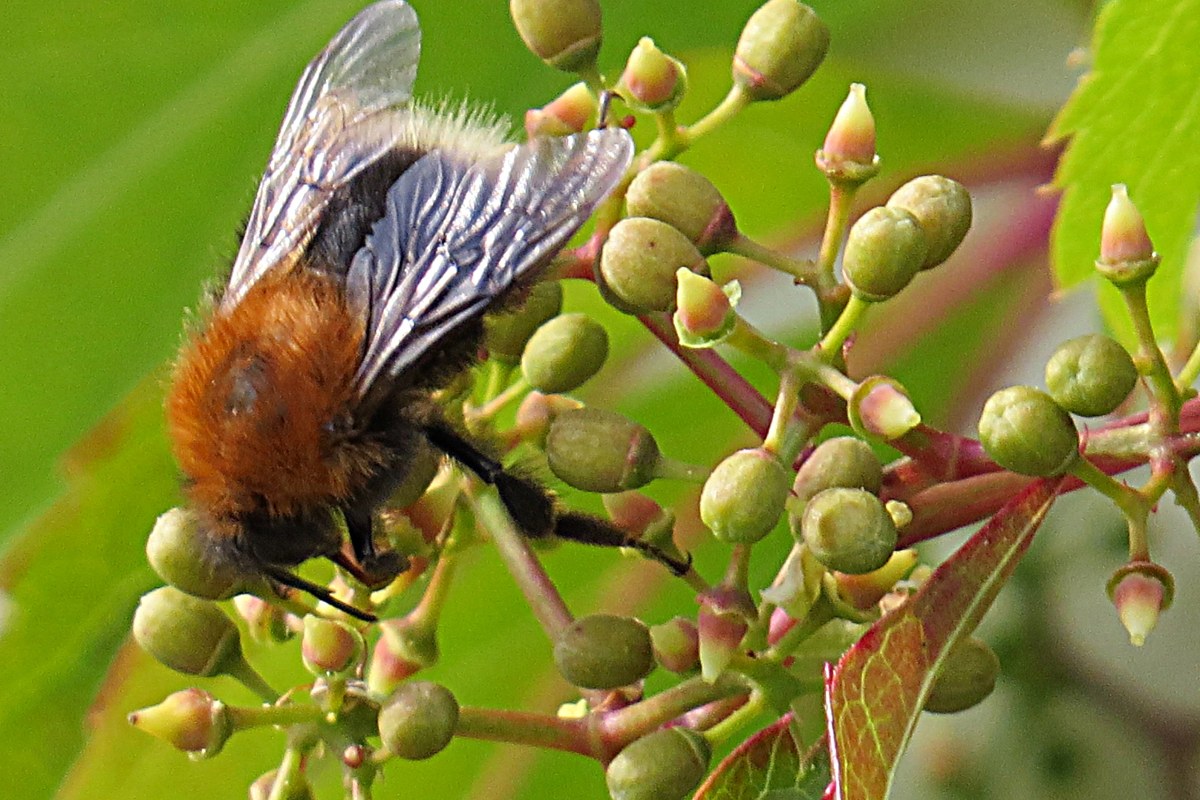 What a month, we have enjoyed of warm weather every day.  The borderline between warm and hot is here 25°C / 77° F. In May we had 14 days over that borderline and it is all times record. Normally we don´t have so many hot days during the whole summer. Now it starts to be too dry, last rain was on the 3rd of May and the nature is suffering. We are told to have water bowls in our yards for birds, hedgehogs, for everybody. 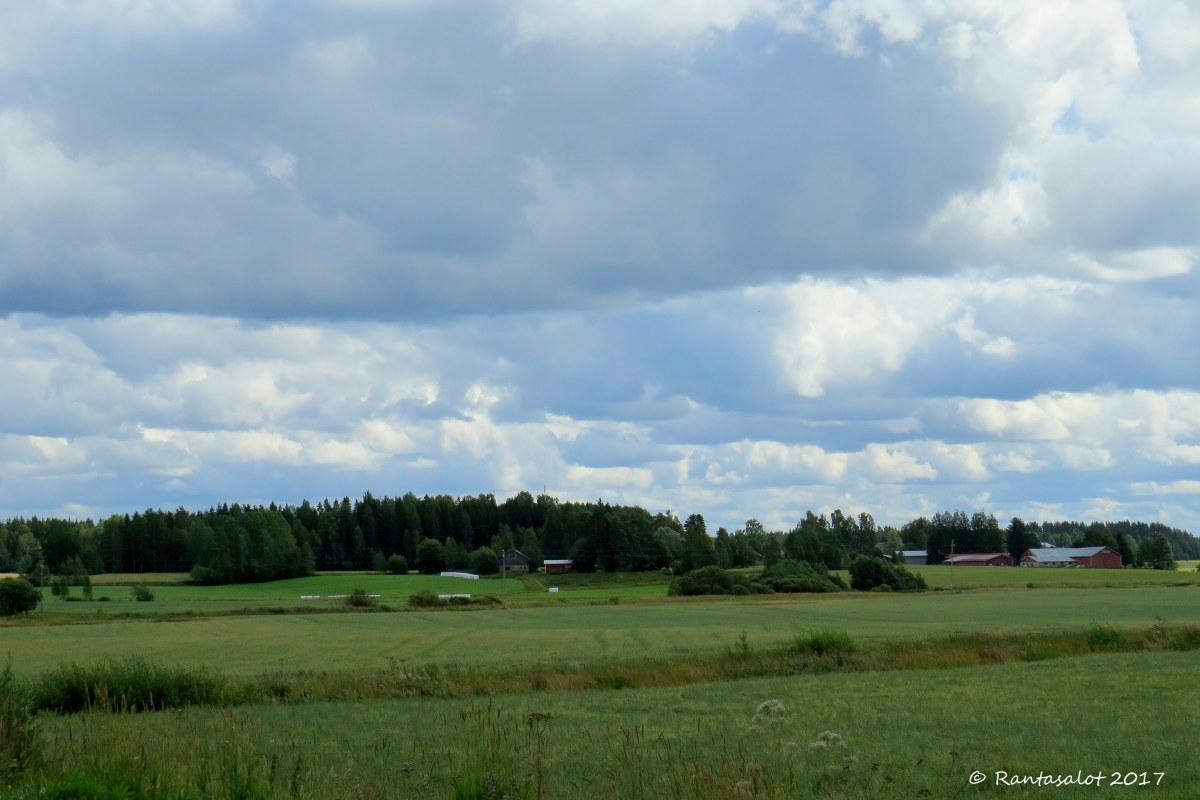 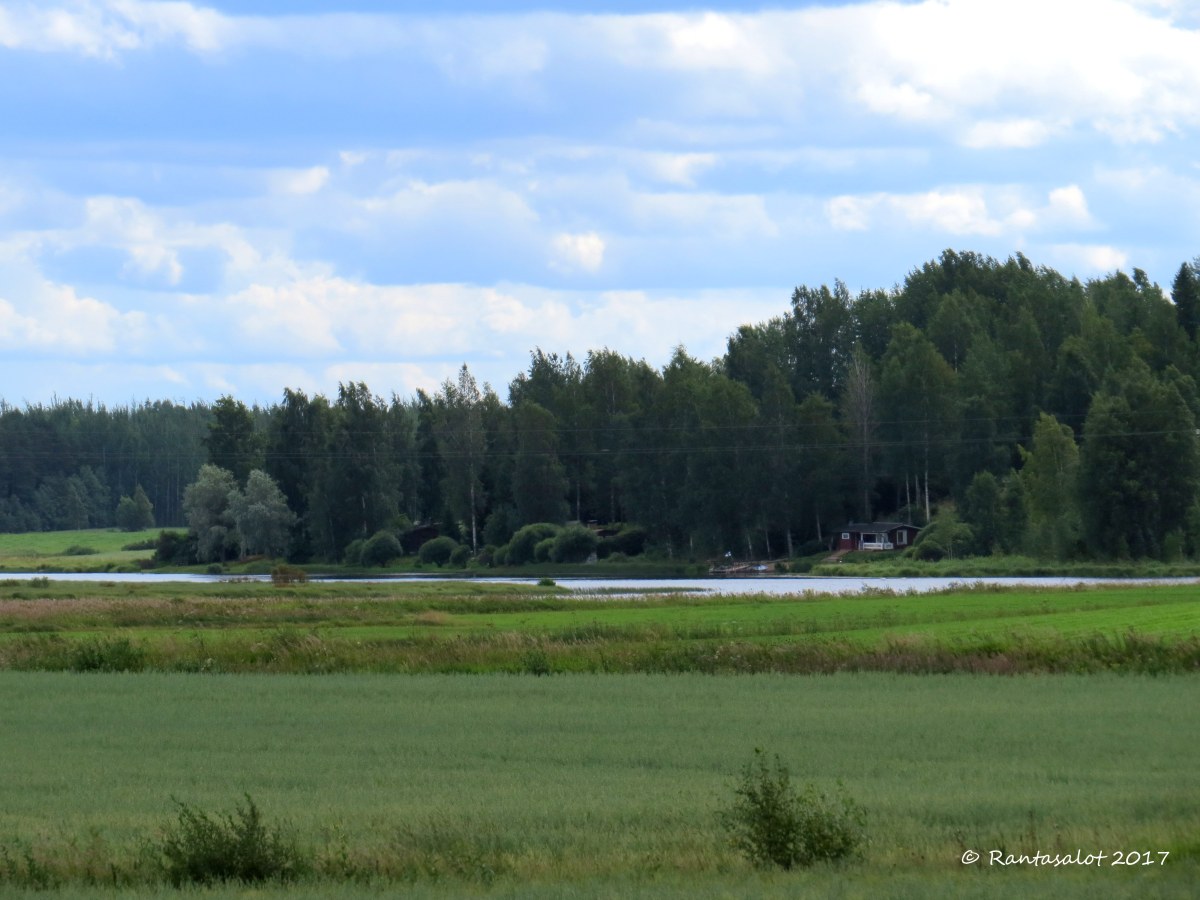 A sad story with almost a happy end.

Hmmmm, I mean I´m sleeping in the rain. 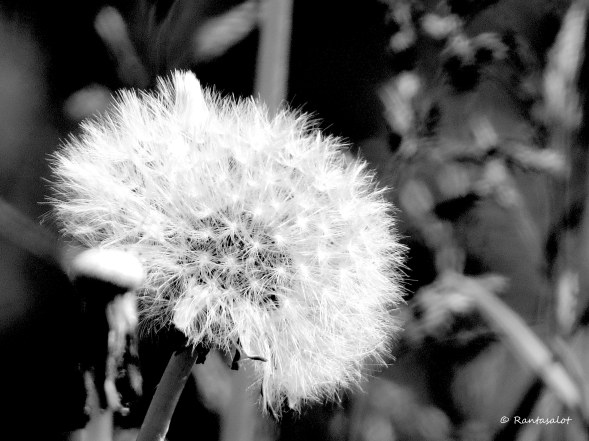 It is coldest summer in twenty years. The sky is like  a gray blanket above houses. The nature seems to like it, lots of water and sometimes a warm day. Everything is so green and all the flowers blossom.

We have seen the sun today!

Our cherry trees managed to blossom in spite of a very cold spring. These flowers are like small work of arts, made of silk and amazingly beautiful embroidery. 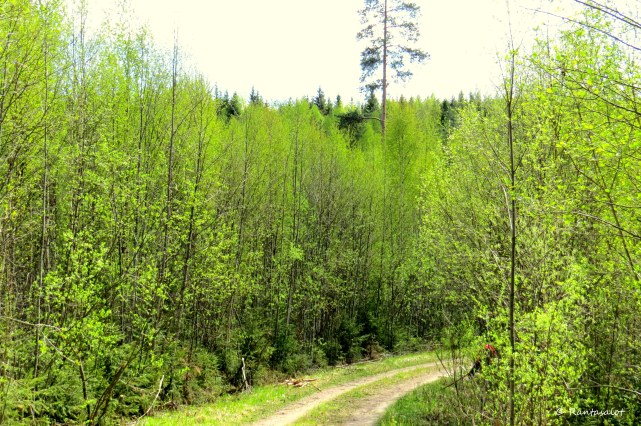 Light green birches mean here so much. Dark and cold winter is behind. Warm days and white  nights are here.

The Midnight Sun only shines above the Arctic Circle, but nights are white all over the country. In the northern parts of Finnish Lapland, the sun stays above the horizon for over 70 consecutive days. In a municipality of Utsjoki, the sun rose 17.5 and the next sunset is 27.7. We live in the western Finland and here the sun sets just for a while and rises again.

What a day we had, the first warm day! The sun and warm wind made a miracle under our old oak. In the afternoon it was all yellow. Yellow wood anemones had opened their buttons, and small Gagea lutea, I cound´t find an English name for it, we call it käenrieska, a cuckoo´s bread, I don´t know the reason. Just a guess, cuckoos are cuckooing at the same time these flowers are in blossom.

I have in my camera 50X optical zoom, and I took the last photo of a bird high up on the top of a spruce.

Our spring is late about three four weeks. Here is some photos taken 18.5.2016. At the same day this year, today, we have nothing, our trees and plants are just trying to awake. The temperature is warmer, today + 10°C/ 50°F. Now it should be almost  summer temperatures, not like an early spring. Do we have summer this year at all?

The years 1866-1868 were terrible years here, lakes were frozen at midsummer. Then it was a warmer period and people could seed grain and potatoes. But the first snow came in August and destroyed everything. The next summer was cold and rainy. The famine was here, people had nothing to eat. They left their homes, started to walk from house to house begging. Roads were bordered with starved bodies. They were buried to graveyards together, nobody knew who they were. About 8% of the whole population died to hunger and diseases. Some villages were empty, no one survived. 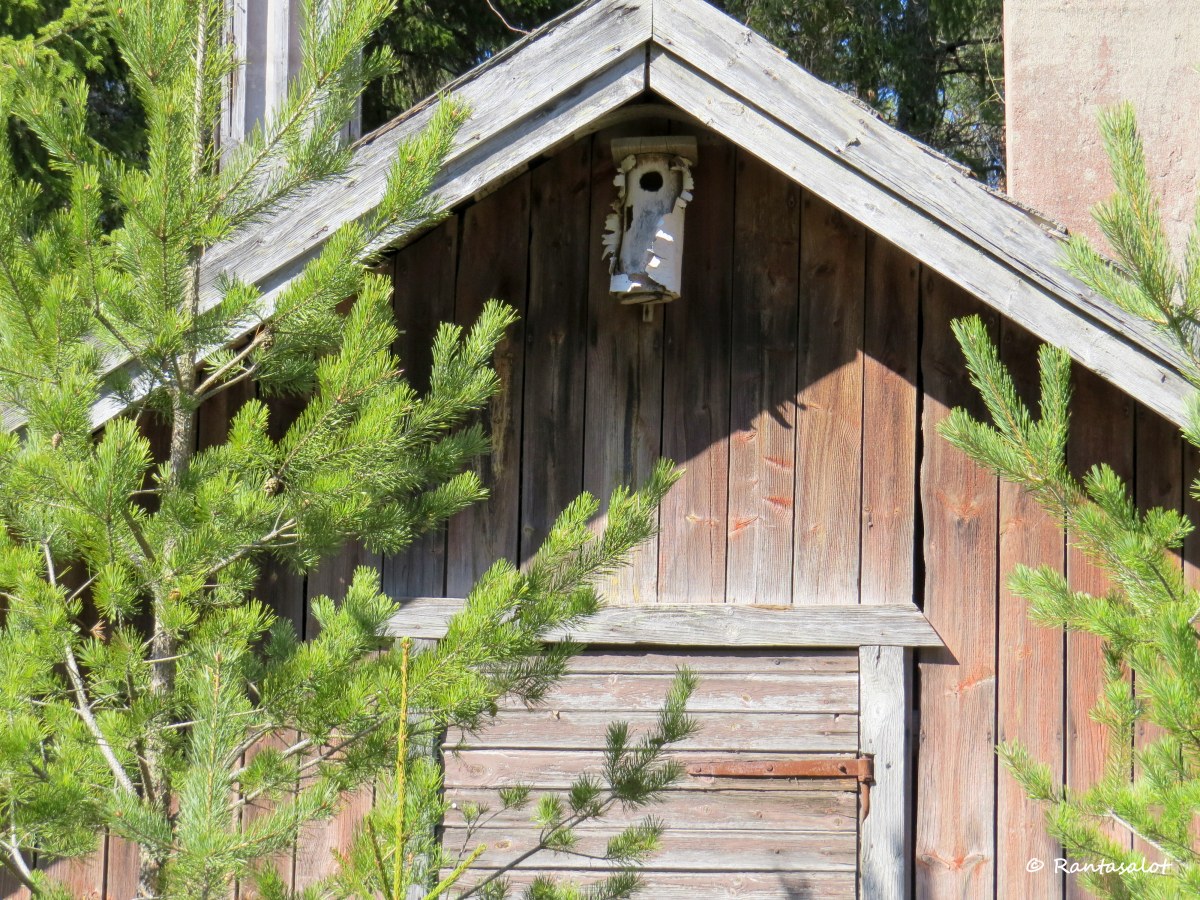 Inside this pile of leaves is a two room house. It is made so that water, rain or melting snow, can´t wet a sleeping hedgehog. The leaves keep the house safe and a little bit warmer. The house is in a quiet corner of our yard.  The hedgehog, we have seen only one this spring, has made two doors. That white spot is a water bowl and in the evenings we give him/ her cat food.

Every autumn in newspapers is articles how to make a house for a hedgehog. Every year we have them less, traffic is the most dangerous enemy. These winters without snow and often changing temperatures also kill them, if they have shelter only of leaves or hay. They get wet and freeze, when the weather is cold again.

PS. It is snowing now.

We had three hedgehogs living in your yard during the summer 2013.

We have now a winterstorm with heavy rain. So it is an excellent time to look back to the days and light nights of last summer. All these photos are taken in the evening or at night. 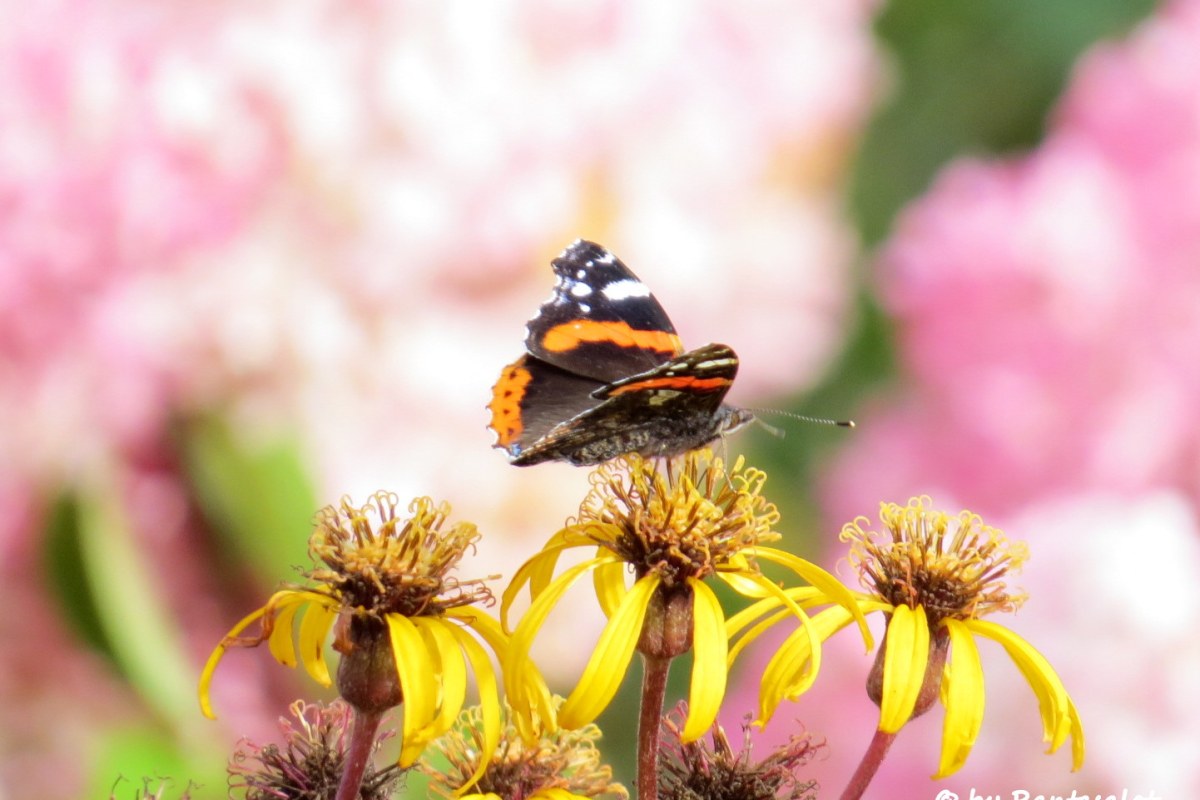 On marraskuu, pimeää ja sateista. Nauttikaamme kesäkuvista. It is October, dark and rainy. Let us enjoy of our summer photos. 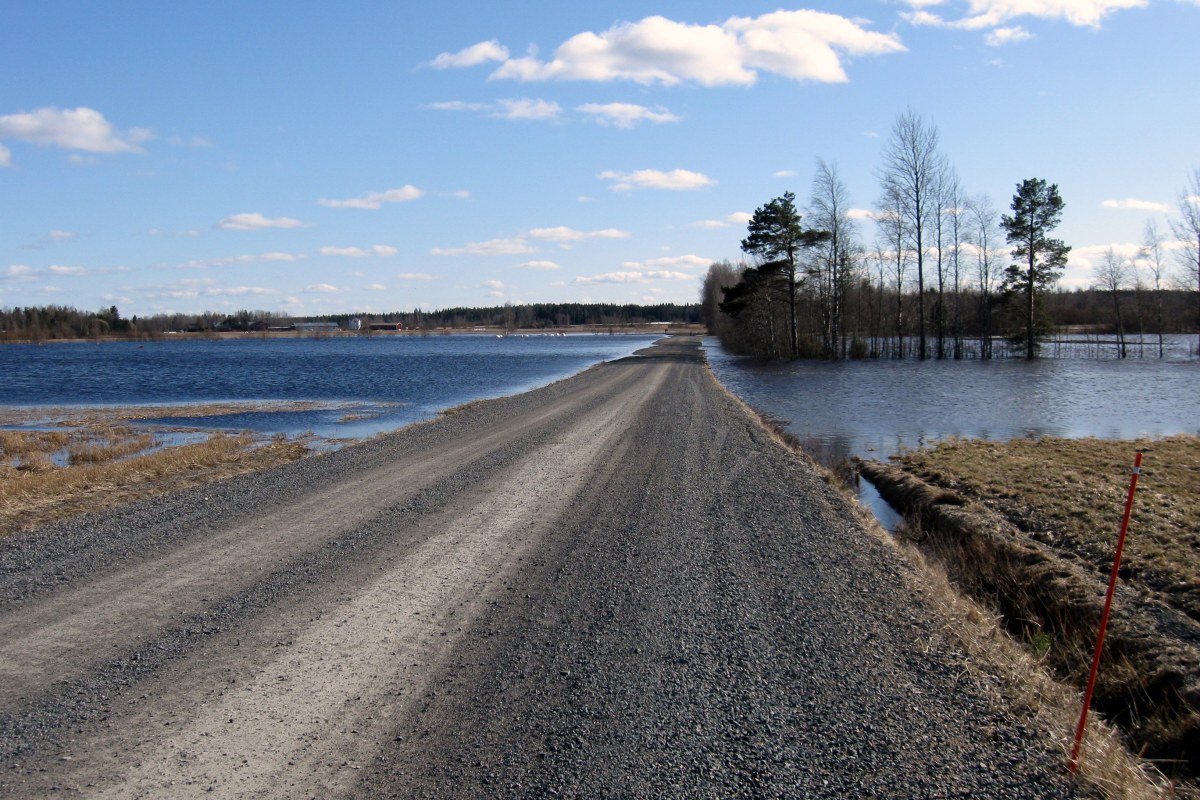 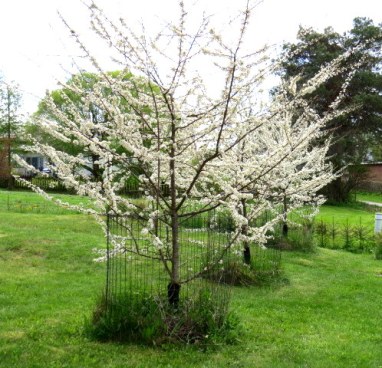